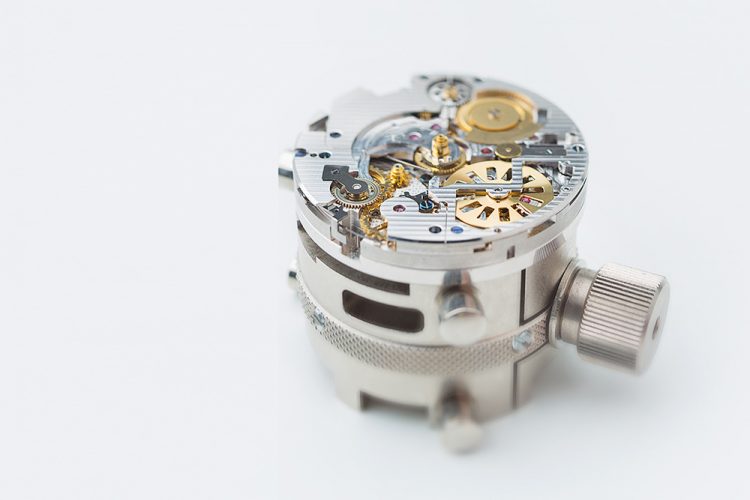 The perpetual calendar is a watch that mechanically keeps track of the days of the month for an extremely long period. The technology in this watch contains information about how many days there are in a month and subsequently shifts through from the last day of the month to the first day of the following month. Making a watch with a perpetual calendar counts as the masterpiece that really puts a craft watch producer on the map. Van der Gang has been working on the project for more than 10 years now. Only a few prominent Swiss and German brands have succeeded in designing and producing a watch that can perpetuate the days of the month in a mechanical way up to the year 2499.

At Van der Gang, we have been working intensively on the development of this complication since 2005. It is an unusual timepiece, which, in addition to the century-long date, includes several more functions, such as leap year, year, month and week number. The perpetual calendar is the result of a now more-than-10-year-long project. Through it, we succeeded in developing beyond our origins as a precision engineering firm to become the first Dutch watch manufacturer to develop its own timepiece technology, as well as the required components, which are crafted in-house on largely specialised equipment.

Initially, we put a lot of time into gathering knowledge of the basic principles and developing techniques in the area of timepiece technology - in particular for the perpetual calendar. In the phase that followed, we built working units based on our developed models in order to test and evaluate the hypothetical operating principles. In a later stage, we purchased special machines to craft the required timepiece components according to the applicable standards. Now, after a range of developmental and manufacturing stages, the first completely functional perpetual calendar has been built. In addition to the perpetual calendar, this model features the month, leap year, year and week number, which have all undergone further development and been realised.

Of course, these manufacturers do not divulge their secrets. It is a major challenge for Van der Gang to pull this off and they are close to doing so. As we speak, a fully-functional working model is being tested.